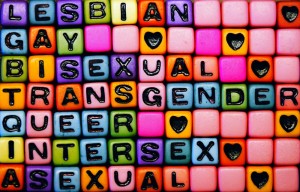 The LGBTQIA community faces the same problems as everyone else. They also face problems that can be very different to those experienced by mainstream society. For various reasons, many prefer a therapist, if not of the same sexuality as them, then at least with a clear understanding of LGBTQIA issues. Many fear finding a therapist that is homophobic or one whose religious beliefs would conflict with their ability to help. Enter then, the world of gay affirmative therapy.

Gay affirmative therapy’s aim is to help you accept you for who you are. It does not attempt to change you or your sexual orientation or try to rid you of your same-sex desires. It actively embraces the view that ‘gay’ it is not an illness to be cured, but an identity to be explored.

LGBTQIA people experience the same life pressures that everyone else has to deal with: problems with themselves, their lives and their relationships. Even stigmatisation and homophobia are not exclusive to the gay community.

However, gay people often experience these problems in very different ways and in much different contexts. They can also have problems that are specific to their sexuality.

So, what makes for an effective gay affirmative practitioner?

Firstly, they are not necessarily gay or bisexual themselves. Instead, they are therapists who regard homosexuality to be of equal value to heterosexuality. Their job is to help you to come to terms with your sexuality if you need to, to express your sexuality (whatever that may be) in any way you choose and to help you deal with those issues that impact upon your psychological wellbeing.

They do not regard your sexuality as a disease or an illness. They will not attempt to cure you.

But, why would you seek one out?

You may be facing uncertainty over your sexuality (a gay affirmative therapist would not make you choose, but allow you to explore and decide); you may have worked out that you are gay and feel guilt or shame influenced by your upbringing or family attitudes; you may have issues around safe sex and HIV; you may not be enjoying the gay lifestyle as you currently experience it; you may have addiction problems that are compounded by the scene or body issues compounded by gay media portrayals – a gay affirmative therapist can help you deal with all these issues and more.

More importantly, a gay affirmative therapist is one who feels they are skilled enough to help you either because of (a) their own sexuality and/or sexual experiences or (b) through training or (c) by reading or, (d) preferably, a combination of these things.

Some therapists advertise that they are gay affirmative; some may set your ‘gaydar’ twanging simply by their picture or by their biography but, if they don’t, or if you are unsure, to find a therapist who is, simply ask them:

There are no right and wrong answers. Some therapists might not answer all of your questions, but their responses should allow you to make an informed decision about their approach.

Gay affirmative therapy, as with any form of psychotherapy or counselling, allows you a positive space in which to explore your problems without fear of judgement, thereby helping you to lead a happier and more fulfilling life.