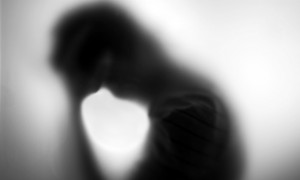 According to the World Health Organisation (WHO) depression – which currently affects over 120 million people worldwide – will be one of the leading contributors of global disease, second only to heart disease, by the year 2020. Plus, based on its research, one healthcare provider believes depression will soon overtake stress at the UK’s biggest work-based mental health issue (click here). But, what is depression and why is it on the rise?

Depression is a mood disorder, typically characterised by feelings of intense sadness, a lack of motivation, apathy, a lack of joy and feeling empty on the inside. It has various types and often needs treatment using both psychotherapy and medication. In it’s mildest form it can have a negative impact on your daily life. At the severe end of the spectrum, however, it can be utterly disabling. So, how or why do we become depressed?

Although genetics can play a role (as can having a family history of it), depression is typically triggered by feelings of loss and failure. It’s a reaction to the stresses and strains of life. We all have a fuse box in our heads, one that regulates stress but, when there is a major stressor or lots of stressful events happening at the same time, the fuses blow and your body and mind go into a depressed state.

It’s becoming more prevalent due to a number of factors. Yes, life can be hard. And although many argue that life is no harder than it used to be, studies have shown there are 10 times more major depression in people born after 1945 than in people born before (with the breakdown of the ‘traditional community’ considered a major factor).

However, people today also feel more empowered to come forward and more supported when they do, so depression has become easier to talk about, plus doctors have got better at diagnosing it.

If you have depression, or think you have it, you are not without tools, help or support. You may wish to consider any or all of the following: Therapy, medication, meditation, exercise and a healthy diet.

Study after study has shown that all these things can have a positive affect on your depression and I’ll be talking more about these in my next blog.

If you are depressed, reach out to someone: a friend, a therapist, anyone. Don’t suffer alone. As added food for thought, here’s a highly regarded video about depression from the WHO (click here). 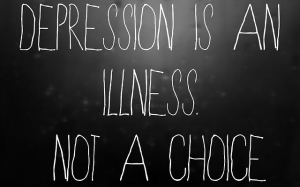 Do You Want to Feel like Spring has Sprung?
Treating Depression
Depression: It’s not Always as Bad as it Sounds
Am I a Specialist?
Depression: Do You Even Have It?